“…true feeling, sure intonation, and a lovely tone…” 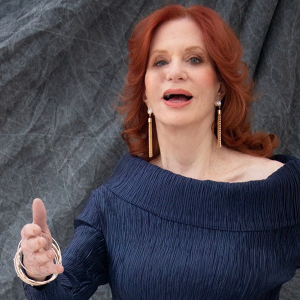 A specialist in Lieder, Ms. Cobb has a particular affinity for German lyric poetry and the music it inspired. She has presented many solo recitals in New York and Paros, Greece. Her annual appearances on Paros have been recommended in Fodors Travel Guide. 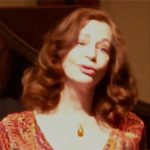 Companies she has performed with include the Brooklyn Repertory Opera, Opera on the Go, Amici Opera, Empire State Opera, Hell’s Kitchen Opera, and Opera Nova.

Ms. Cobb’s ensemble experience includes work with the Sine Nomine Singers, the Juilliard Conductor’s Chorus, and, at present, the National Chorale. She has held the position of alto soloist at many churches in and around New York City, and is currently employed in this capacity at Flatbush Tompkins Congregational Church in Brooklyn.

Ms. Cobb is the alto soloist in the Sine Nomine Singers’s recording of Handel’s Israel in Egypt, on the Newport Classics label.

O Rest in the Lord

Songs My Mother Taught Me

by Henry Purcell | Dido and Aeneas

Review of “A Program of Mostly Sheepish Music”

In celebration of the recent release of her sing-along book, Walk Shepherdess Walk, the author/illustrator Barrett Cobb, in her other roles as singer, flutist, and composer, gave a delightful program this Sunday based on pastoral themes. The above sentence warrants a long pause: singer, flutist, composer, author, and illustrator/painter! One often calls versatile artists “triple-threats” but Barrett Cobb is really a quintuple threat and more. For full disclosure, I had encountered some of her writing in her work for New York Concert Review, but her other gifts, as well as her winning presence in person, are new to me.

The concert was subtitled “A Program of Mostly Sheepish Music.” Though musical themes of lambs and shepherds might to the untutored seem rather limiting, the program’s reach was actually quite broad, touching on profound and beautiful themes that have recurred in music for centuries. Along with the likeliest choices (naturally several Agnus Dei – Lamb of God – settings), there was related music of pan pipes, satyrs, and walking woven into the program in organic ways, including Claude Debussy’s exotic Syrinx and the show tune You’ll Never Walk Alone from Carousel (Richard Rodgers), without ever straying too far afield.

The concert opened with Barrett Cobb singing Antonín Dvořák’s Songs My Mother Taught Me, in homage to her own mother, who taught her the book’s title song Walk, Shepherdess, Walk, by Eleanor Farjeon. Ms. Cobb sang the Dvořák with true feeling, sure intonation, and a lovely tone that projected well in the highly reverberant church. It was a deeply touching tribute. Sensitive accompaniment for the entire program (except the unaccompanied Debussy and Scull selections) was provided by pianist Chris Fecteau.

Following the Dvořák came the song Walk, Shepherdess, Walk, for which Ms. Cobb played the flute in her own charming arrangement, along with soprano Ruth Ann Cunningham and Mr. Fecteau. Again, it was beautifully done. It was a novel experience to hear a performer move so fluently from singing to playing the flute on the same recital, both at such a remarkable level. Incidentally, I listened to Ms. Cobb’s recording that accompanies her book (as the title song can be downloaded at www.walkshepherdesswalk.com), and it is winsome, but it actually does not do justice to her voice as we heard it live on Sunday – one usually finds the reverse to be true!

After this introductory set of songs came a grouping entitled “Sheep” containing some of the world’s most famous pastorally inspired music. Naturally a program about lambs and shepherds would be unthinkable without J. S. Bach’s Sheep May Safely Graze (from Cantata BWV 208), and so this aria followed with the three performers we had just heard, joined by Teresa Diaz on second flute. It was a beautifully balanced rendition of a beloved classic. Equally appropriate was He Shall Feed His Flock, from Handel’s Messiah, and Ms. Cobb and Mr. Fecteau handled it well. The spiritual, Listen to de Lambs, closed the set in a soulful way.

The program’s next section, containing just one piece, was entitled “A Shepherdess” and cast the shepherdess as object of the unrequited love through Mozart’s setting of Goethe’s poem, Das Veilchen (The Violet). Ms. Cobb found just the right balance of mood between the song’s bucolic innocence and the pain of the trampled violet’s story, giving a light touch to the disturbingly facile resolution of Mozart’s final added line.

Moving to music about lambs in a more religious context (a section entitled “Lambs of God”) we heard the Agnus Dei from Bach’s Mass in B minor, followed by Barrett Cobb’s own Agnus Dei, and the Agnus Dei from Petite Messe Solemnelle by Rossini. It was quite interesting to hear three settings of the Agnus Dei in a row. Bach’s is famously heart-rending and was sensitively done by Ms. Cobb with the addition of Kate Goddard on violin. Ms. Cobb’s own composition followed it well stylistically, without any attempt to overturn tradition or to be original for originality’s sake. The Rossini brought the first half to a grand close, followed by a brief intermission.

Along with the text of the song Walk, Shepherdess, Walk, illustrated line by line with enchanting pastoral watercolor images in Ms. Cobb’s book, the book also contains her own brief story entitled “A Lamb’s Tale.” Present to read this tale was narrator James Diaz, a welcome new voice. To set the stage was Schumann’s tender ode to delicate innocence, Du Bist Wie Eine Blume (You are Like a Flower), sung by Ms. Cobb, and the reading was followed by another of Ms. Cobb’s own compositions, The Lamb’s Lament, for alto flute and piano. The piece reminded one faintly of Poulenc or Ibert, though with its own distinctly individual and melancholic voice. It was played hauntingly by Ms. Cobb, with gentle support from Mr. Fecteau, as ever.

The section of the program entitled “Pan’s Lament” featured Debussy’s Syrinx, a musical depiction of the mythological origin of pan pipes. Here, Ms. Cobb as flutist was at her finest, with Debussy’s sinuous lines shaded perfectly.

On a nostalgic note, the program continued under the heading “Lost Lambs” with the Whiffenpoof Song by Guy H. Scull (ending with Baa-ing). It brought a collegial (and collegiate) touch and was given a spirited performance by the quartet of Ms. Cunningham and Ms. Cobb, joined by soprano Rae Ramsey and mezzo-soprano Elizabeth Thorne. The classic Gershwin tune Someone to Watch Over Me, sung by Ms. Cobb, closed the grouping with sentimental grace.

The final selections under the heading “Walking Songs” began with one of my personal favorites, Handel’s Where’er You Walk (from Semele), inadvertently listed as being by Purcell (who was also inadvertently listed as having lived from 1659-75, a mere sixteen years). It is not my intent to (ahem) lambaste anyone or in any way, er, ram these corrections through, but given this program’s potential for future performances, these typos should be fixed. No one wants to “pull the wool over anyone’s eyes” about composers’ lives!

An unexpected delight was the unannounced appearance next by Ms. Cobb’s husband, Harry Saltzman, singing Walkin’ My Baby Back Home, by Fred Ahlert. Complete with baseball cap and vaudevillian gestures, he brought added fun to an already very friendly event, and the audience loved it. Ms. Cobb followed with her finale, a powerful rendition of You’ll Never Walk Alone (from Carousel, by Richard Rodgers). What a pair!

The sizable and enthusiastic audience gave a standing ovation and for an encore was invited to sing along in Walk, Shepherdess, Walk, before a reception that included (you guessed it!) “Goats do Roam” wine. Bravo to the many people involved in this memorable afternoon, at least five of whom were Barrett Cobb!