She has received commissions from Piano Works in Progress and the Dell’Arte Opera Ensemble.

Her alto flute piece, A Lamb’s Lament was described by the New York Concert Review as having “its own distinctly individual and melancholic voice.” 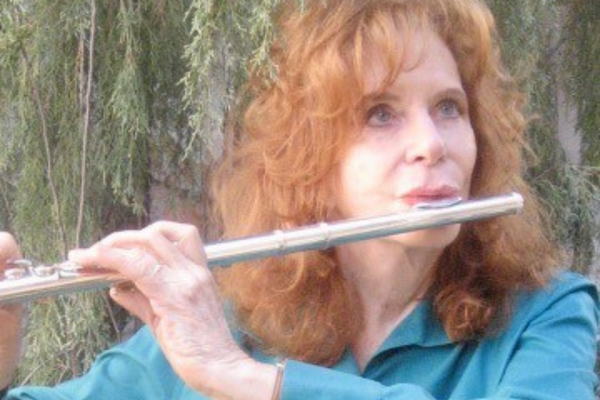 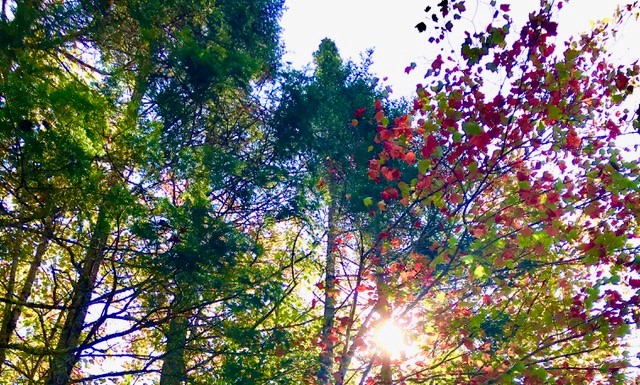 One evening in August of 2020 I got a phone call from Rosemary Caviglia, the director of Piano Works in Progress, Vermont. PWIP Vermont is an immersive program for amateur pianists which takes place every year in September.

Because of the pandemic, that year’s study would be virtual, and Ms. Caviglia was calling to ask if I would write a piece for the fifteen students to play together over Zoom. I was flattered and happy to take on this challenge.

As I thought about how to start my piece, my mind turned to the setting of our retreat, a tiny hamlet near Montpellier named Adamant. It suddenly struck me that the first three letters of Adamant were notes in the scale. Not only that, but also a woman’s name. Ada from Adamant was off and running.

My piece begins with Ada’s name. A – d – a appears softly at the bottom of the keyboard and expands upward to the piano’s highest notes.

Next I wrote a hymn, which is a paean to Adamant. It begins with two iterations of the name, Ada. The hymn has words, but on this occasion they are not sung. After this tribute, the work of the day begins. Students and faculty retreat to tiny practice cabins, each equipped with a piano or two. How delightful it is to take an imaginary stroll through the woods, listening to one snippet of a piece, then another, with scale practice thrown in intermittently.

I decided to base my piece on this experience. The snippets I chose weren’t necessarily what one would be playing. Rather they relate to Ada, who by this time had, in my mind, become a real character – high spirited and mischievous. They usually begin with the perfect fourth (a to d) in Ada’s name. The tunes I
chose (or in my mind Ada chose) are: Mozart’s Turkish Rondo; La Cucaracha; Brahms’s Fourth Symphony, last movement; Beethoven’s Pathetique Sonata, second movement; the Mexican Hat Dance (B section); Gaudiamos Igitur, as it appears in Brahms’s Academic Festival Overture, and at the end, a grand
mashup of all of the above along with the Hallelujah Chorus. Throughout Ada’s Hymn appears, and she has the very last word.

I am indebted to Nathaniel LaNasa for expertly arranging the score for multiple pianists, to my fellow students for going along with this daunting project, and to Rosemary Caviglia for her scrupulous editing and for making it all happen.